A THANGKA WITH THE TREE OF SPIRITUAL

Tibet, 18th/ early 19th c.
85 x 57 cm R.
Thangka on canvas with the representation of the tree of spiritual lineage (tib.Tshogs-shing) showing the Buddhas, deities and saints of the dGe-lugs-pa sect which has been founded by the great Tibetan reformer Tsong-kha-pa. The central image on the top of the tree is the tibetan reformer Tsong-kha-pa (1357-1419) with the yellow hat and the symbols of sword and book. In his left hand he holds the begging bowl (pâtra). Above Tsong-kha-pa we can see the row of earlier gurus from the tibetan and indian tradition ascending to the heaven. And a large group of scholars, abbots and monks of the sect are shown on the flanks made of clouds. Below Tsong-kha-pa are eleven levels with Buddhas and deities. The first are the important
tantric initiation deities followed by the five Tathâgatas, the Bodhisattvas, the group of the 35 Buddhas,
Arhats and Dakinis, various emanations of Hayagriva, Yama and Mahakala. The four Lokapalas as guardians
of the world are placed together with the gods Brahma and Vishnu below the tree. Monks, warriors and laymen appear on the field fot offering precious gems to the saints. On the top of the painting are within circles of light the Tushita heaven of Maitreya Buddha and the Sukhâvati realm of Buddha Amitâbha. Framed.
Important German private collection, collected in the 1970s and 80s, mainly acquired at Schoettle Ostasiatica, Stuttgart
Published: Schoettle Ostasiatica, Tibetica 34, 13.10.1976, no. 9598.
Wear, traces of age
Bidding
previous lot Catalogue next lot 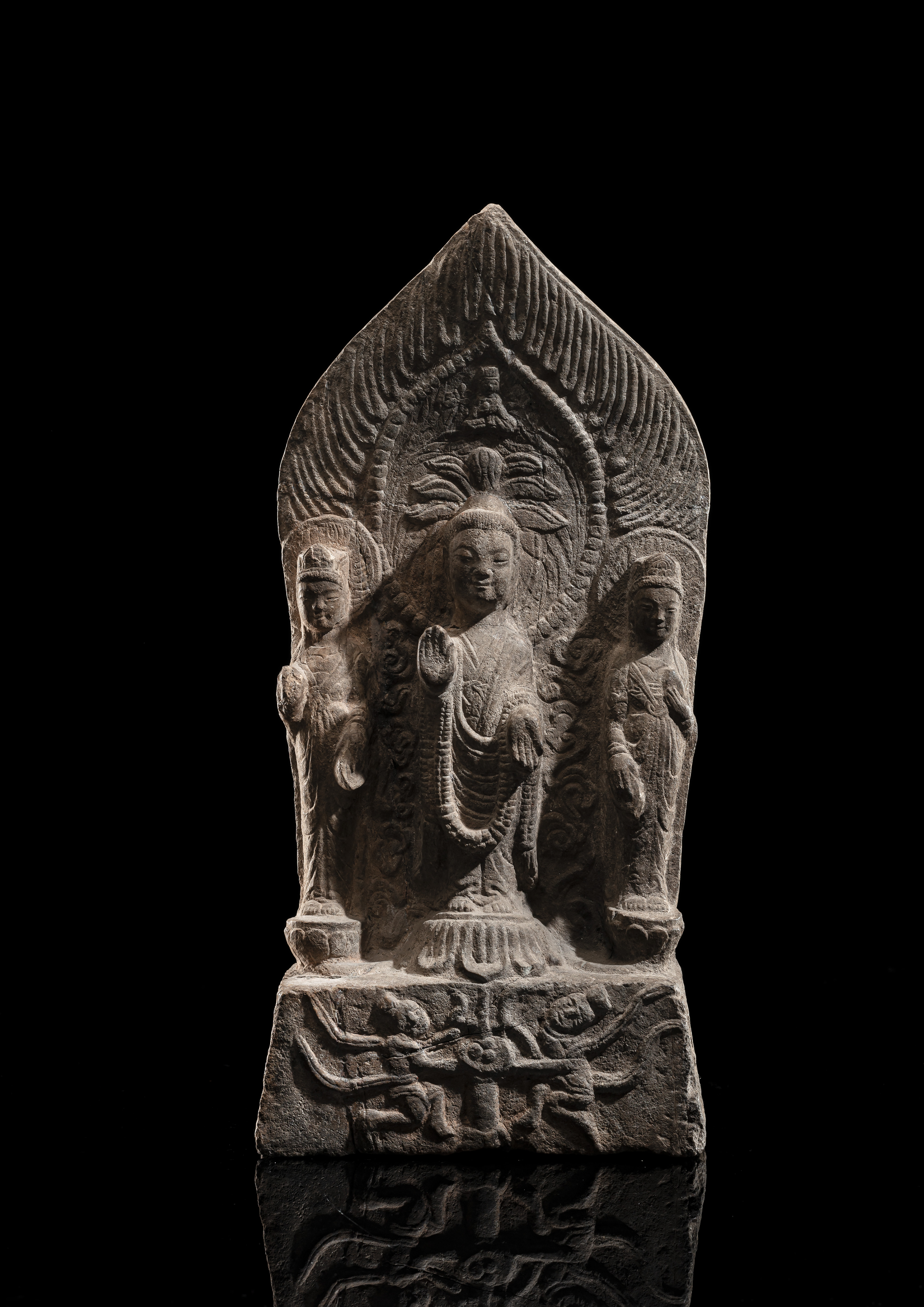 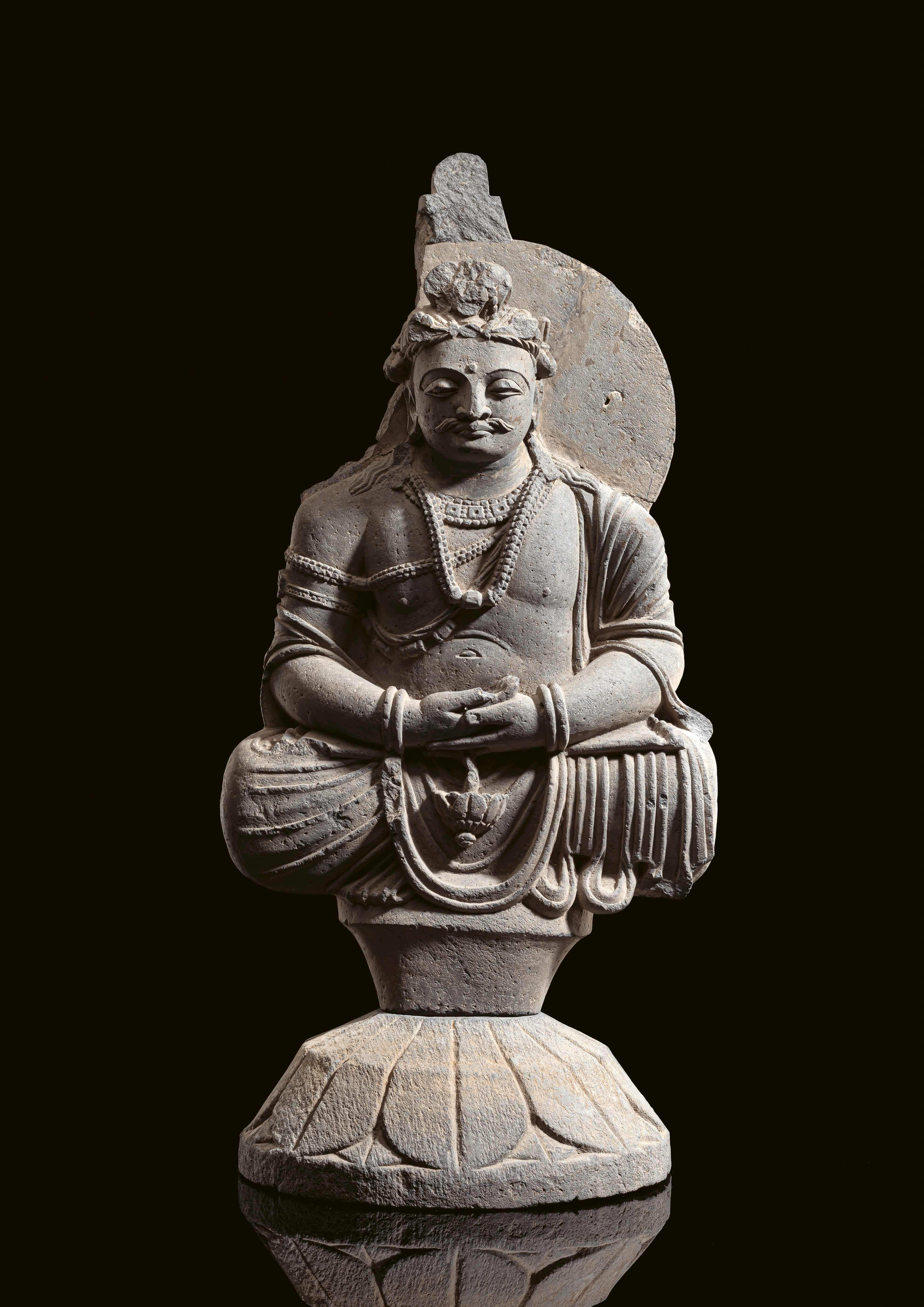 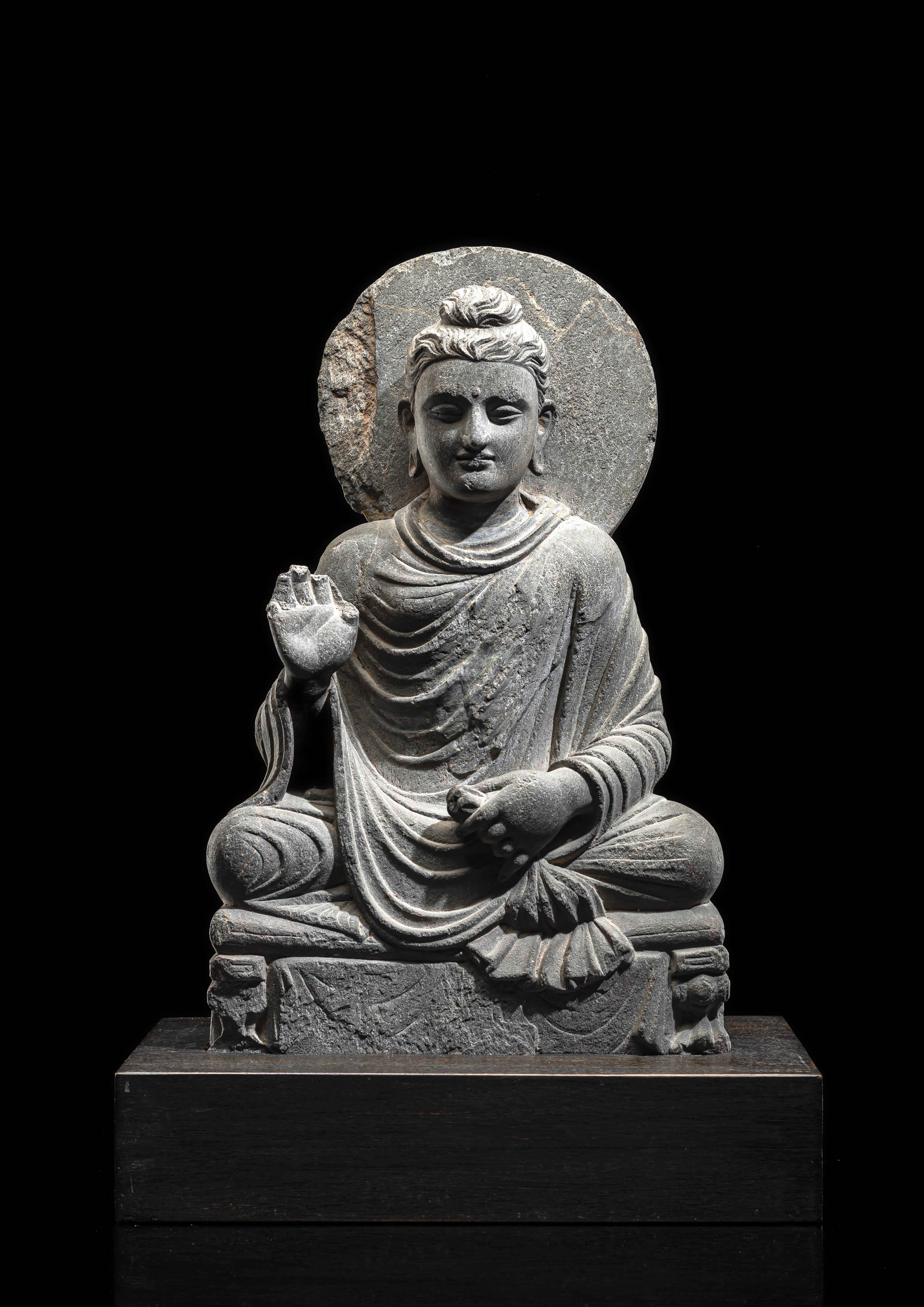 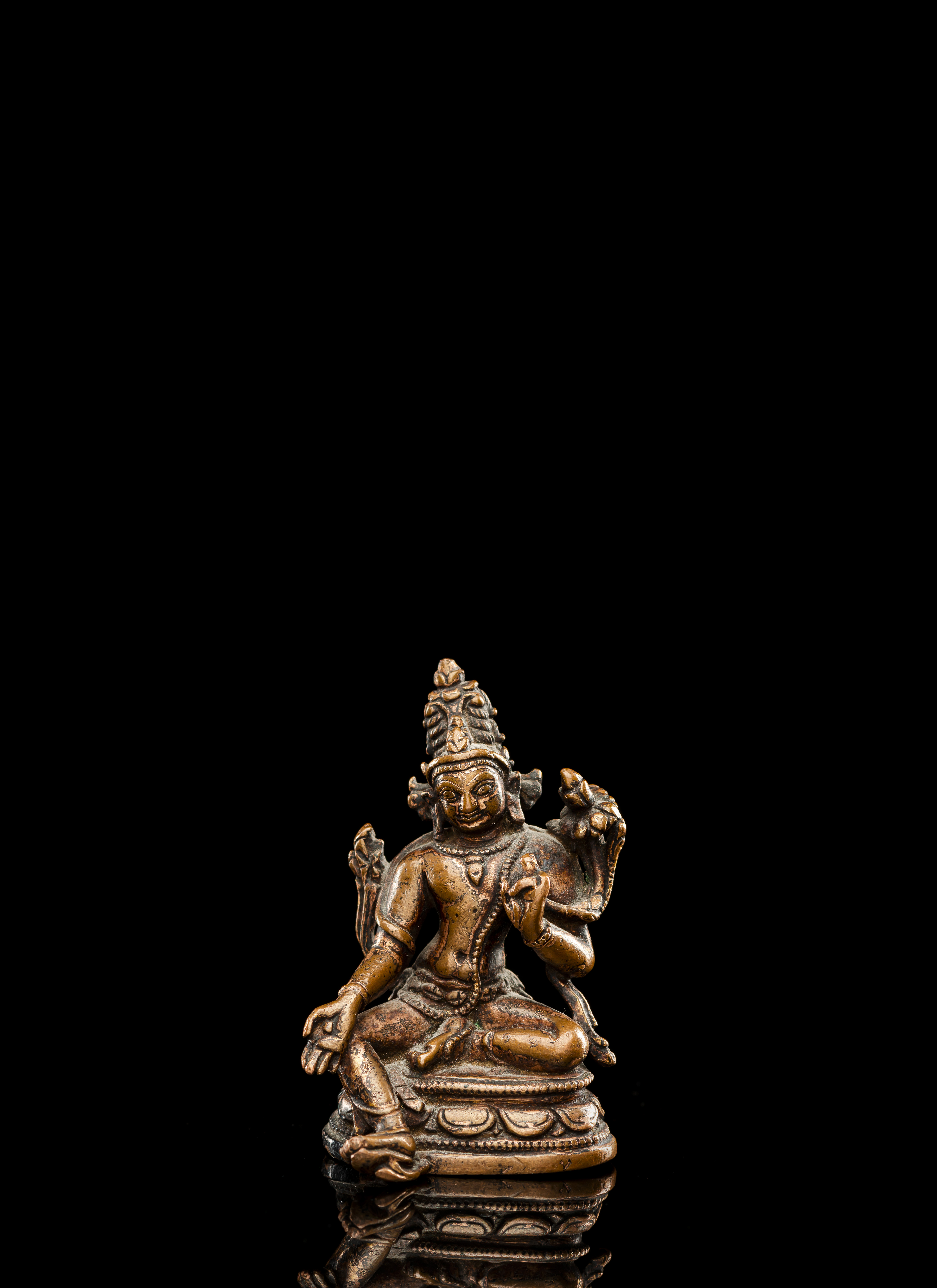 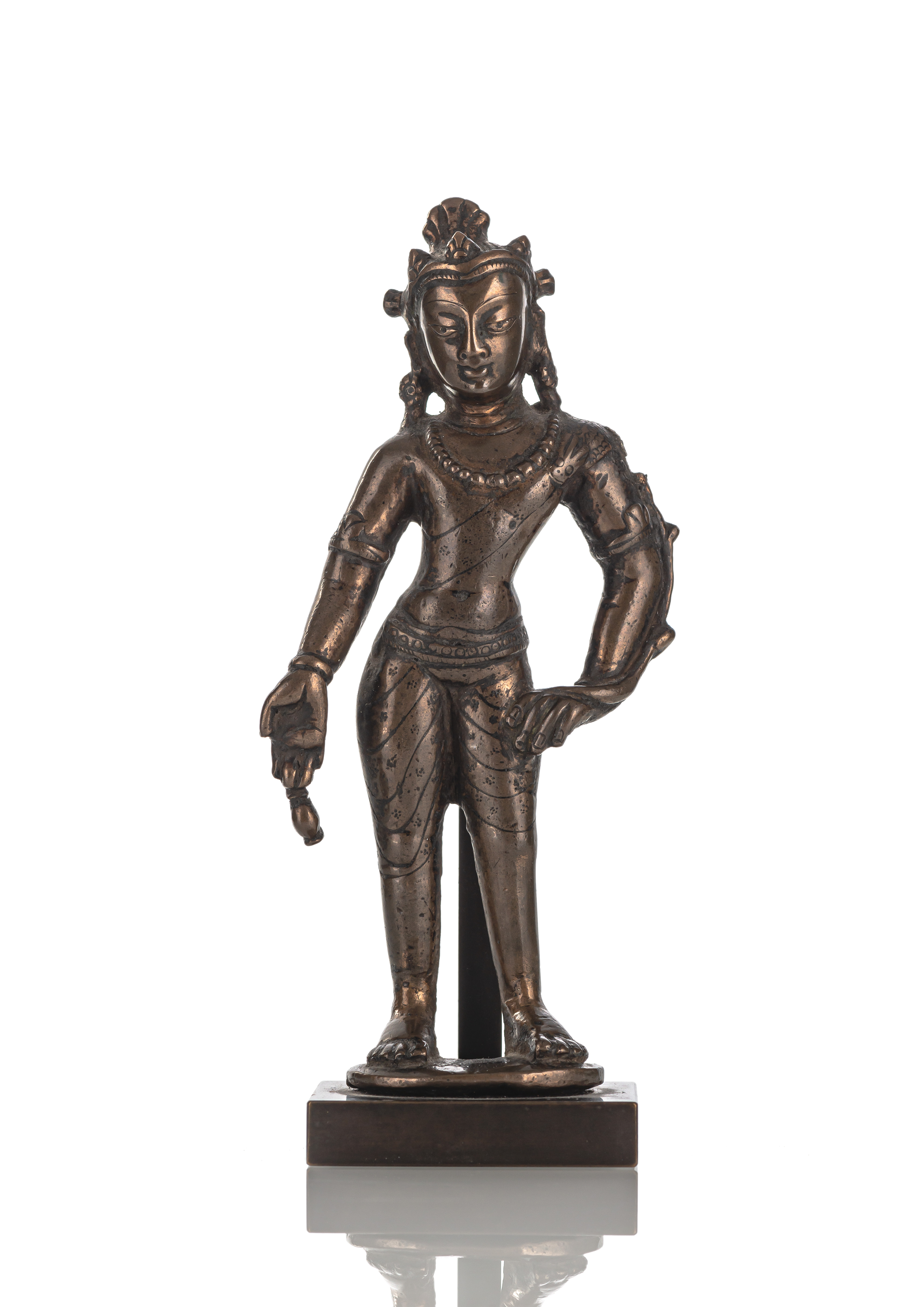 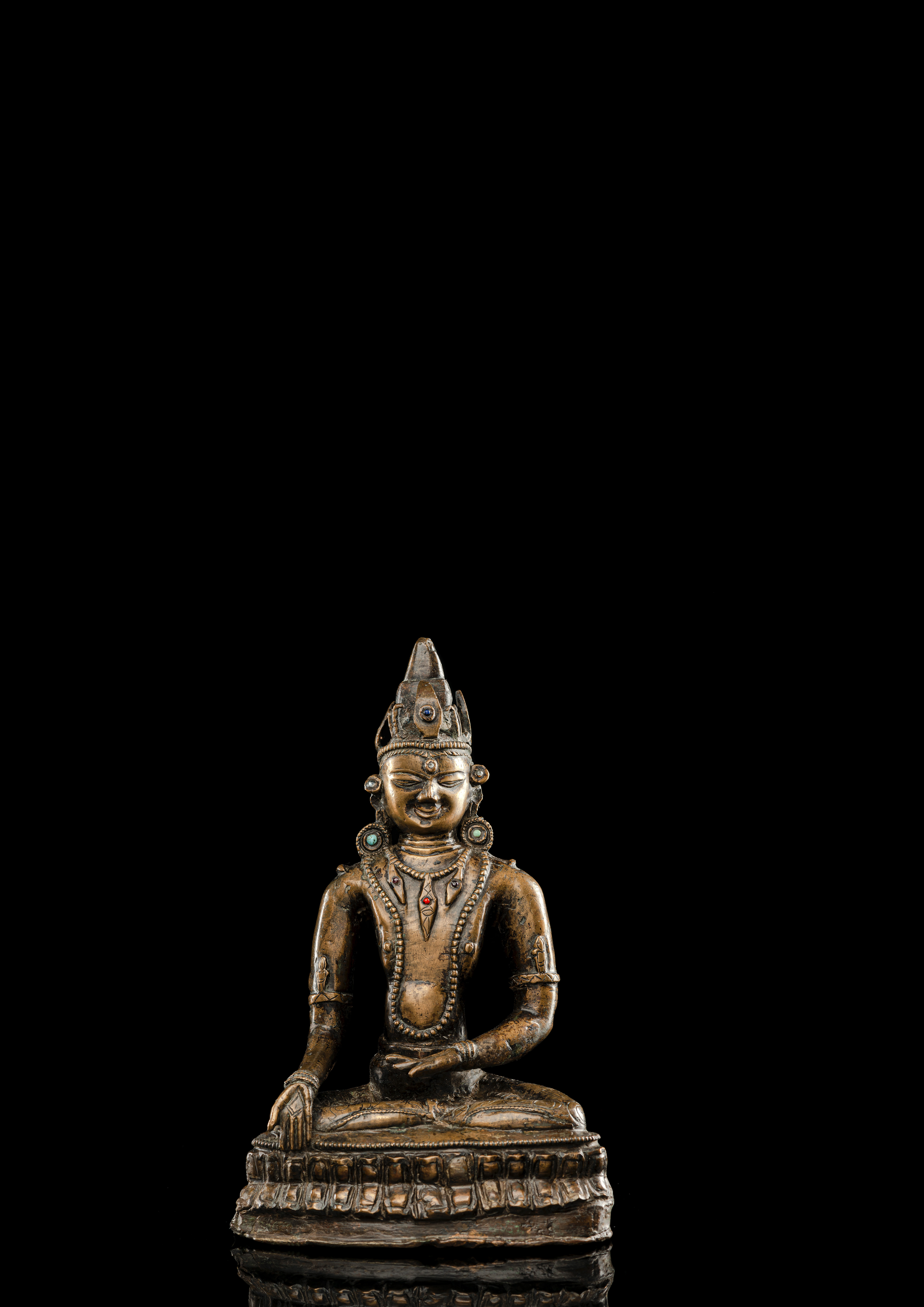